Not the best night’s sleep I ever had – I woke around midnight to discover I had a couple of mozzies in my tent and they’d been biting me which meant that not only did I have to find and kill them, but I had itchy ankles!

And then because this is Africa, the music started up right around then too – far away, loud, over-amplified, distorted, annoying music of the sort that seems to exist pretty much every night here.

The hotel offered breakfast for 5k CFA, which is about €8 and appeared to consist of instant coffee, rice porridge and bread, so I declined that opportunity – I needed to go to town anyway and there were reports of good boulangeries in town so I was happy to wait.

Down in the town and it was already manic, and starting to get pretty warm even though it was only 0820 – Orange was reported to be ‘on the main street on the right’ which proved to be true, but it was a lot further up than I’d expected.

Thankfully it was air-conditioned, and the staff were prepared to be patient with someone who spoke bad French (at best ;-). About 20 minutes later everything was working as I wanted, and I had 12Gb of data to play with – mind you as I type this at 2030 I’ve already chewed my way through nearly 2 of those getting the last week’s blog posts done, so that may not end up being enough!

I stopped in at the boulangerie and sure enough for 550 CFA I had a still-warm-from the-oven croissant and a pain au chocolate – unfortunately they had no change (nowhere ever has change here) so I had to pay 1000 CFA and get two pain au chocolate – tough day!

Next was the supermarket for more baby wipes, some snacks and a bottle of wine for cocktail hour this evening.

Back to the hotel and I’ve spent pretty much all afternoon getting blog posts updated – I’ve now got a script written which allows me to automatically resize photos from my camera to something which is more suited to upload here – one of the annoyances of not having my phone has been getting photos uploaded. 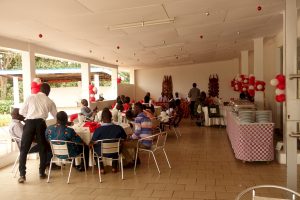 There’s also been a low-key wedding happening at the hotel this afternoon to add to the amusement.

Along the way I also changed my tyres back from off-road to road tyres – we’ve done all but about 75km of the gravel and my road tyres can cope with that so I’ve opted for the improved comfort and performance on the road. 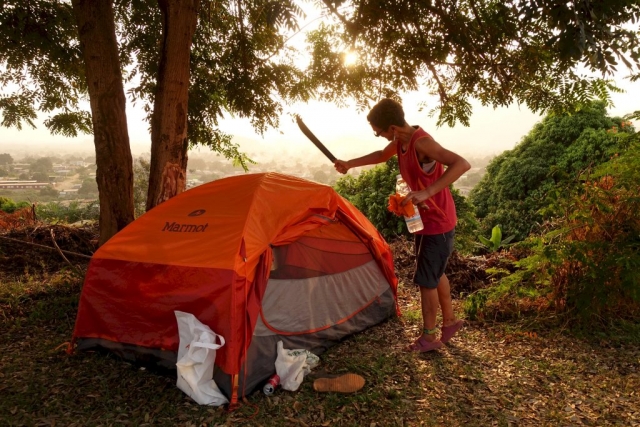 We had an enjoyable cocktail hour as the sun set, but the last hour and a half has been a very frustrating wait trying to get some dinner – so far of the six of us at our table three have eaten, three of us are still waiting…. ho hum…. if all else fails I’ve got a packet of biscuits in my tent 🙂

To add to the excitement, the water has been off at the hotel for most of the day, the power has been off-and-on and now there’s a thunder storm rolling in bringing thunder, lightening, and now bucket-loads of rain – I’m super glad my tent is tucked in under the eaves of the conference room and well away from the water.

The week ahead looks relatively straight forward with only three riding days and all of them on pavement. 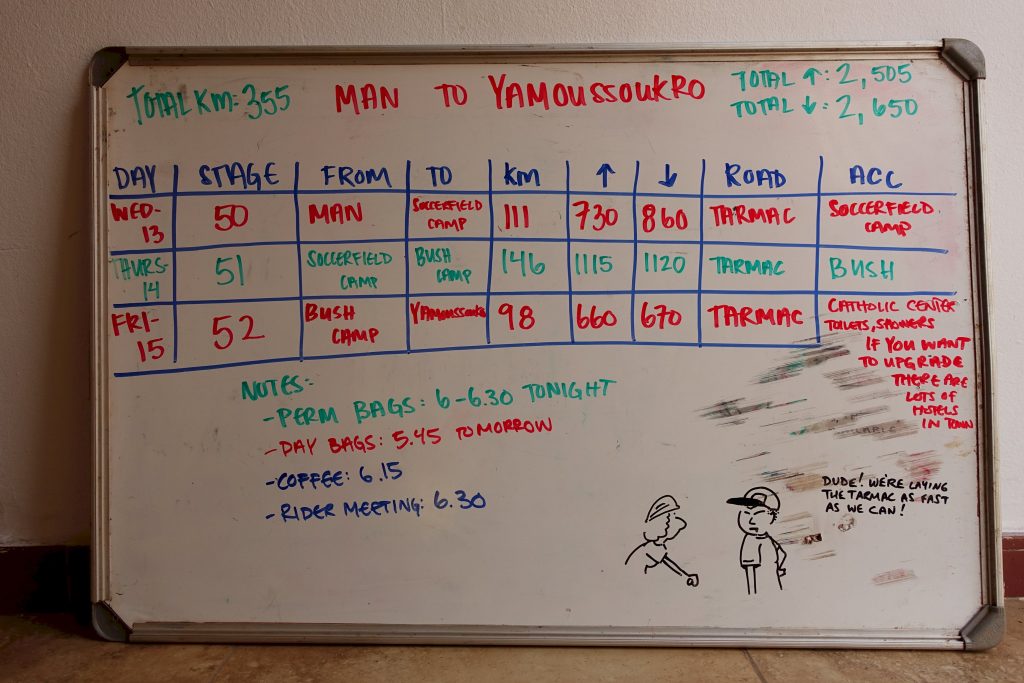 And once we get to Yamoussoukro it’s even hotter than here!

Now that I’ve finally got some dinner – after a two hour wait, I’m heading to bed!

One thought on “Man rest day”