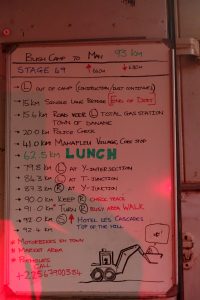 Back to Plan A which is that we’re going to be staying at the hotel which all sounds vastly superior to me! It also means I don’t have to worry about navigation because the gpx track I have on my Garmin lead me to the right location!

There’s a track from camp which will take us out to the road and save back-tracking across the construction site – the good news is that the road is almost ready to seal here, so it’s in great condition – wide and flat – and with hardly any traffic.

Just before Danane there was a police check point where they insisted I stop, not to check my passport or anything, but for one of the soldiers to take my photo on his phone – go figure!

Through the town and I saw the Orange store, but without a phone it was going to be too hard to get a SIM card sorted out – I’m going to leave that for tomorrow where I can go to a proper store in Man since it seems that it’s a complicated process like Senegal.

I rode mostly on my own through the morning until I stopped for my morning tea banana (which today was a sandwich because there were no bananas today – shock horror) when Natalie caught up with me and we rode together through until lunch.

Back on the road and I had expected Canadian Kevin, who had stopped to get a SIM card, though it didn’t actually work – doh!) to catch me, but in the end I caught Italo just before Man and we rode in together.

The hotel’s in a great location relative to the town centre and has some good places to camp so that’s a definite plus – even better they have cold beer, several of which got consumed in relatively short order, such that they had to keep restocking the fridge!

There are also weavers who use the hillside above the hotel to weight their (small) looms. 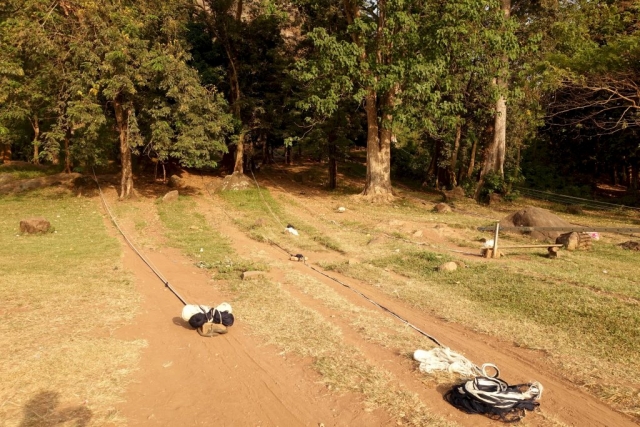 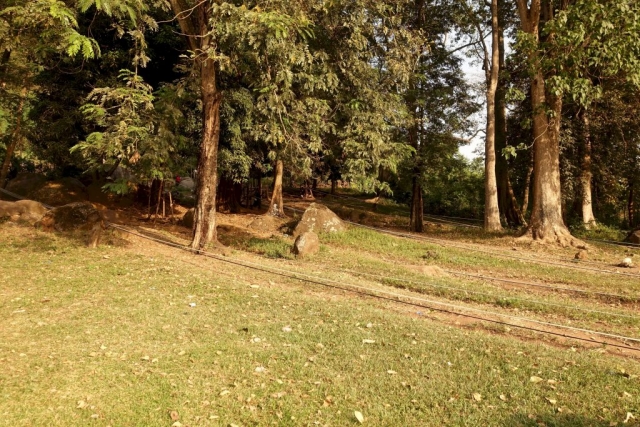 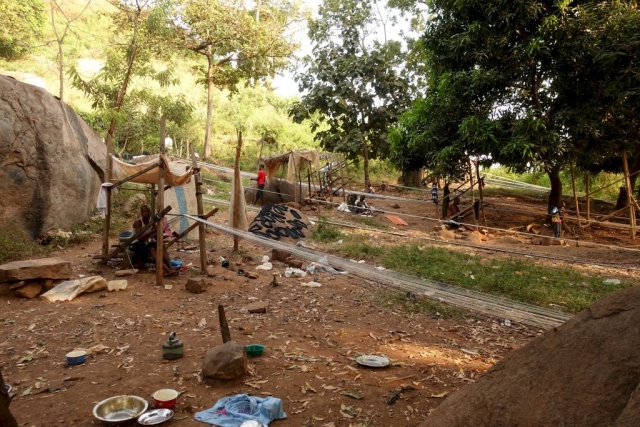 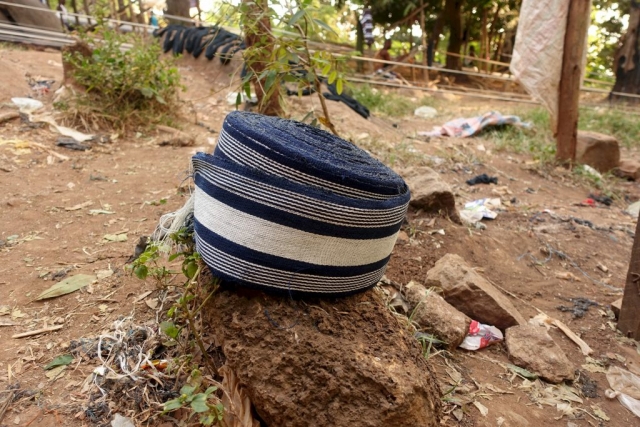 I got my tent up, found the shower and finally got properly clean after the last two days of dusty riding. A little work followed along with a second lunch – an African chicken dish which was really tasty, though sadly the chicken itself was pretty tough.

Canadian Kevin, Hanne and Caroline had been down to the town and come back with supplies for cocktail hour which we enjoyed on the lawn (tee hee) overlooking the city once it had cooled down enough to be pleasant.

Some dinner followed and by our standards it was a very late night by the time I went to bed at 2145! 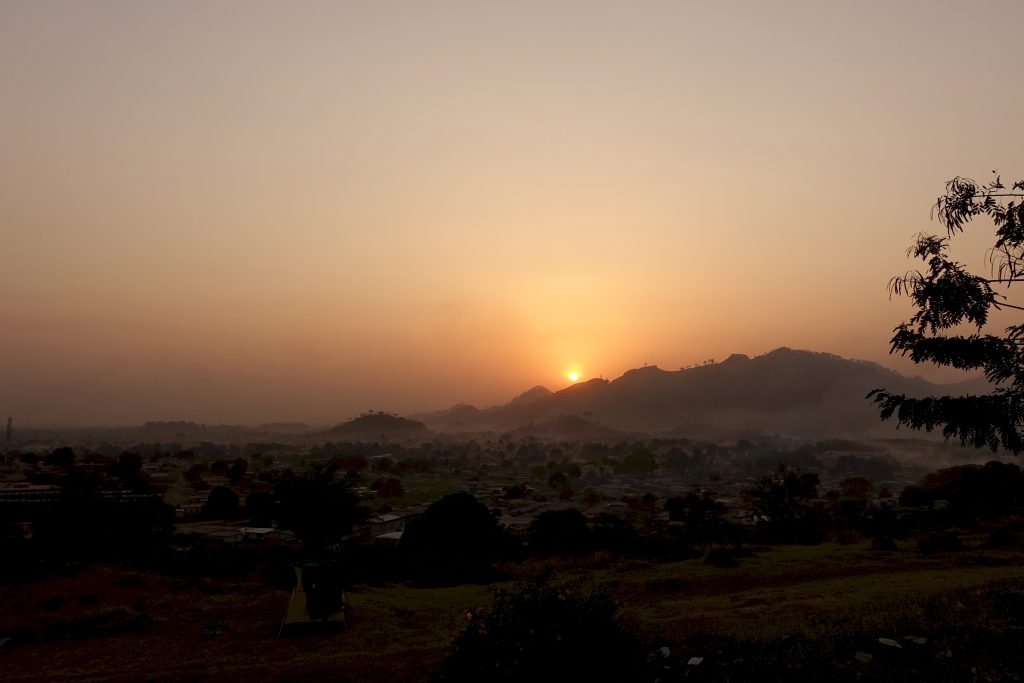 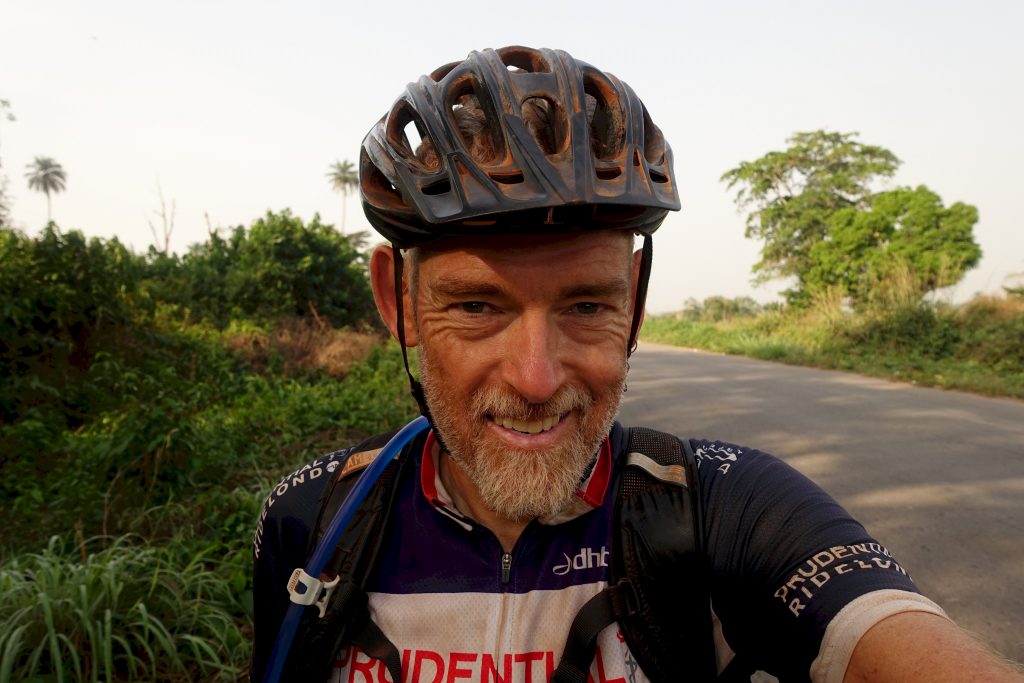