I managed to sleep a bit later this morning but by 0730 I was well and truly ready for breakfast. Turned out so was Kevin who was already in the restaurant, and Mateo who turned up a few minutes after I did.

Kevin needed to leave for the airport at 0900 so I started on some blog updates while he was packing his bags and then bid him farewell.

I had been able to find postcards in Dakar and got them written the night I bought them, but haven’t been able to find stamps ever since – I got close twice, but on both occasions the post office was closed. Google maps told me there was a post office not too far away so I was determined to get stamps before it got too hot.

Turned out that even at 0915 it was too hot! They did have stamps, and I did get to post my postcards, but by the time I got back to the hotel an hour later I was ready to melt – 31°, feels like 36°, and 85% humidity – apparently I still haven’t acclimatised!

Back at the hotel and I spent pretty much the entire afternoon sitting in air-conditioned comfort getting blog posts done, doing a little work, and passing the time while I waited for my flight.

Around 1430 Mateo headed away – he’s staying in Accra for a few more days, but at different hotel – so it was just me left at the Ibis.

I had to check out at 1800, but stayed at the hotel till closer to my flight – no point spending longer at the airport than necessary – even if I was mostly just marking time anyway.

Checkin, security and immigration were all entirely painless, and despite head winds and a loner than expected flight time to Brussels I’m now there waiting for the last hop home.

Was it worth it?

Absolutely! As I’ve said along the way this trip ended up being tougher than I expected, and tougher than the Silk Route, but on balance it was worth the time, the money and the hardships. 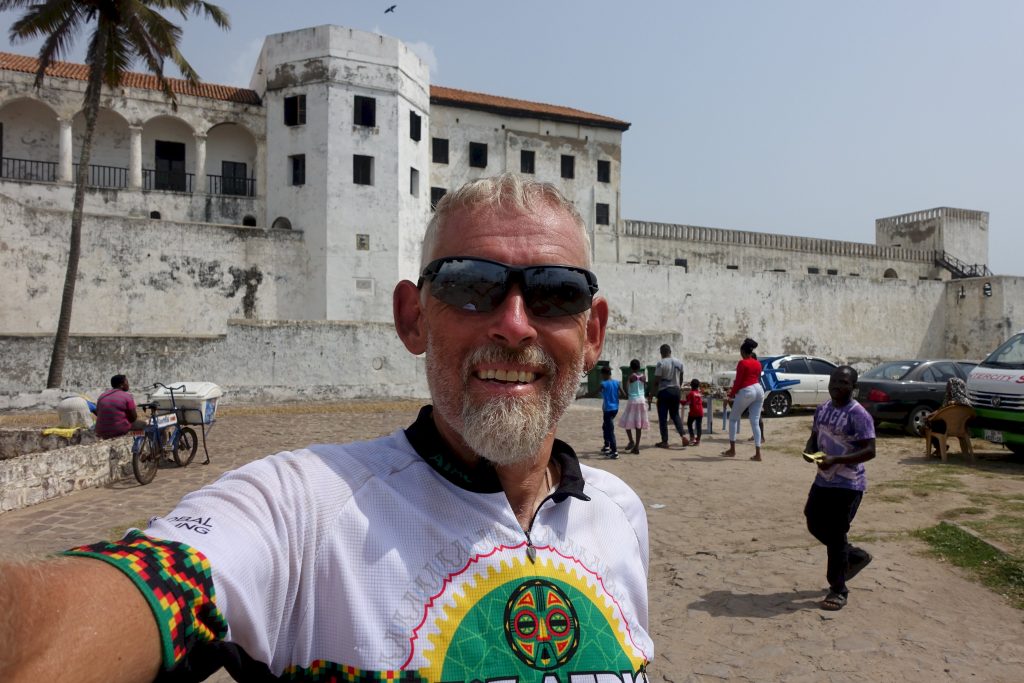 Would you recommend the trip?

That’s a tougher question. I’m not sure that I could in good conscience suggest someone does the whole tour because of the way that it wears you down as you go!

But I would definitely recommend sections – by far the stand-out section is Dakar to Freetown, and if anyone was interested in only one section – do that one! It has a great mix of road, gravel, climbing, great scenery, interesting people etc, etc.

The other section that I enjoyed was the first through Morocco which had more variety than the second, and fewer of the drawbacks (heat, humidity, noise) than the later sections.

That said, having come all the way from Casablanca it’s been fascinating to see the way the landscape, the people and their religion have changed over the 6,200km – so maybe you should consider the whole thing… 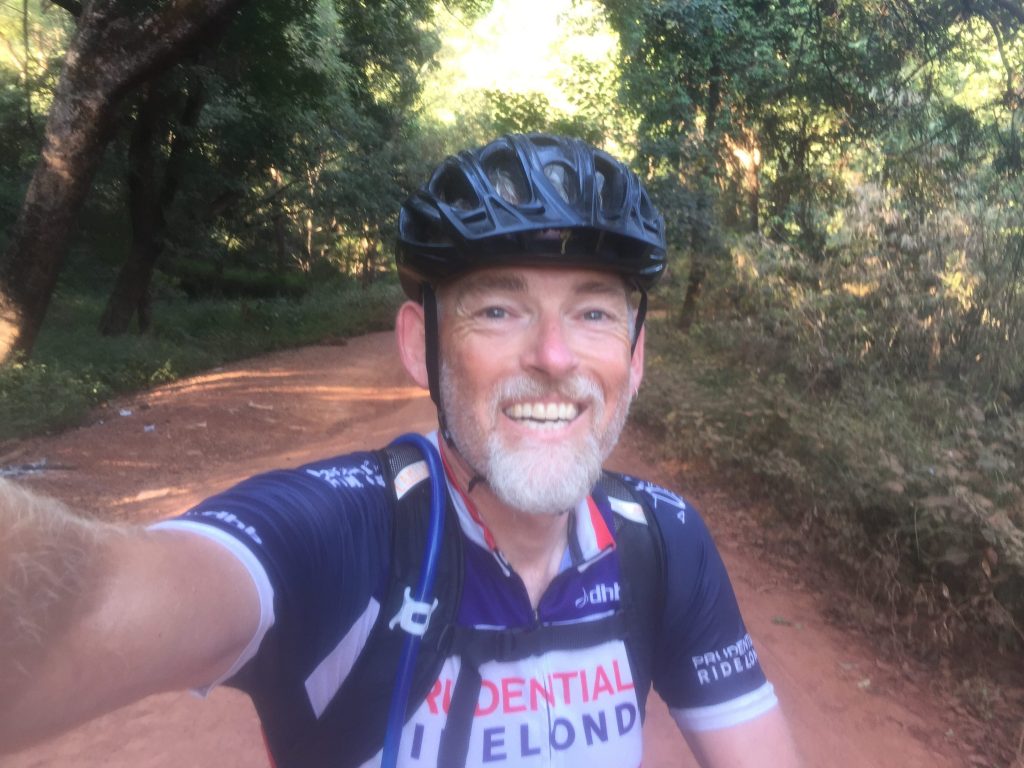 What was the best bit?

There were lots of amazing moments along the way, but the one that comes to mind first when I get asked something like that was the day we crossed the Tizi ‘n Test Pass in Morocco.

Not only was it the highest point in the tour, but when we came over the pass we were above the clouds and the view was amazing! 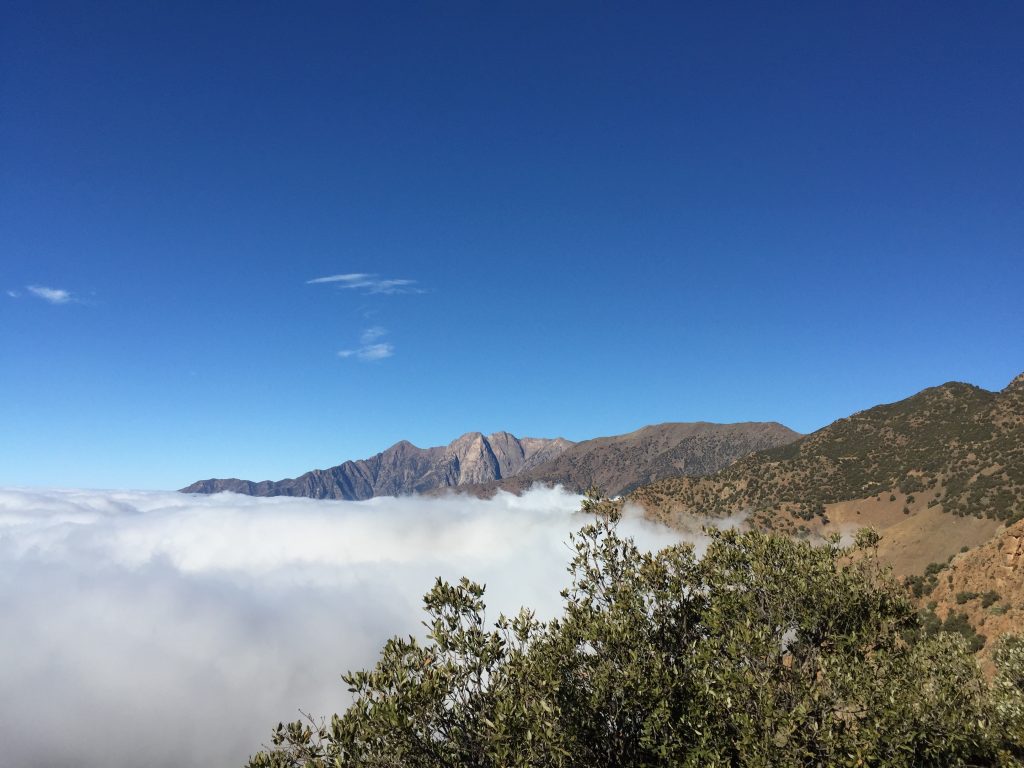 And the worst bit?

Getting in the truck for the first time – to use Hubert’s expression – was heart breaking!

After the 13,000km of the Silk Route and over 4,600km of this tour to have to ride the truck felt like I was letting myself, and all those who had helped me ride EFI on the Silk Route, down. I knew it was the right thing to do, and that there was simply no way i was going to make it through the day, but that didn’t make it any less hard to do! 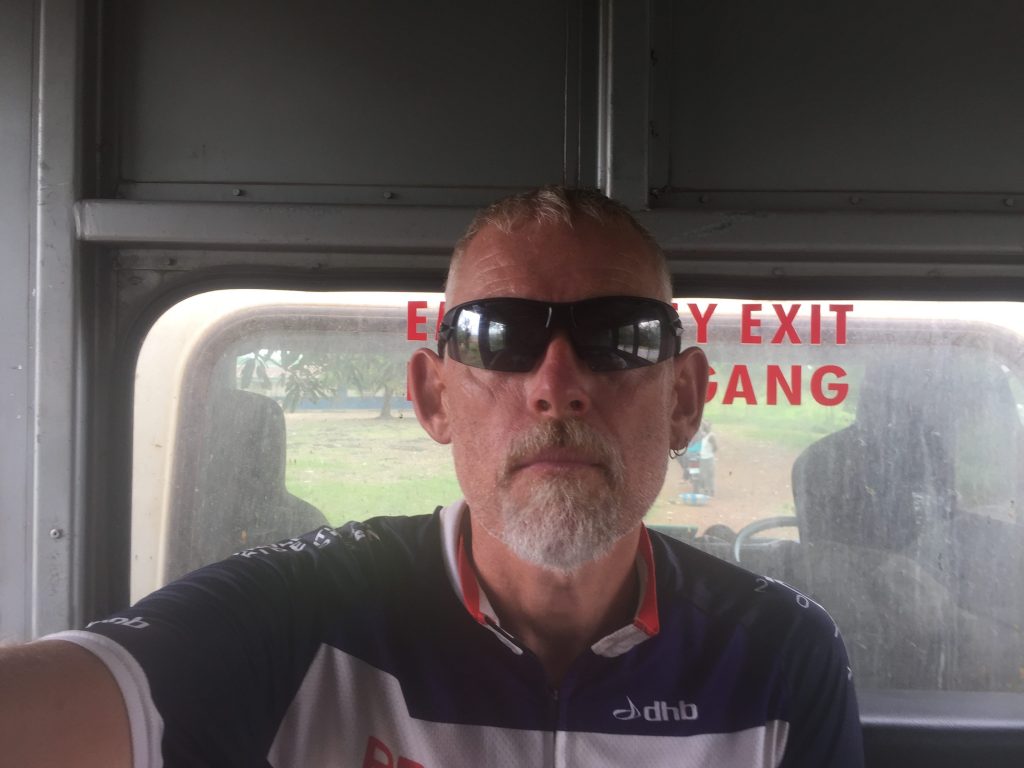 No idea – next year is already fully booked as far as travel goes, with a trip back to New Zealand for Adam’s mum’s birthday taking up a significant amount of time and the desire for a summer sailing holiday with friends Stuart, Jane and Lynda.

As far as TDA trips – the new Himalaya trip looks really interesting, as do the Central America stages of the North American Epic, but both of those trips are at the same time next year, so it’ll be at least 2021 before I have time to tackle either of those! 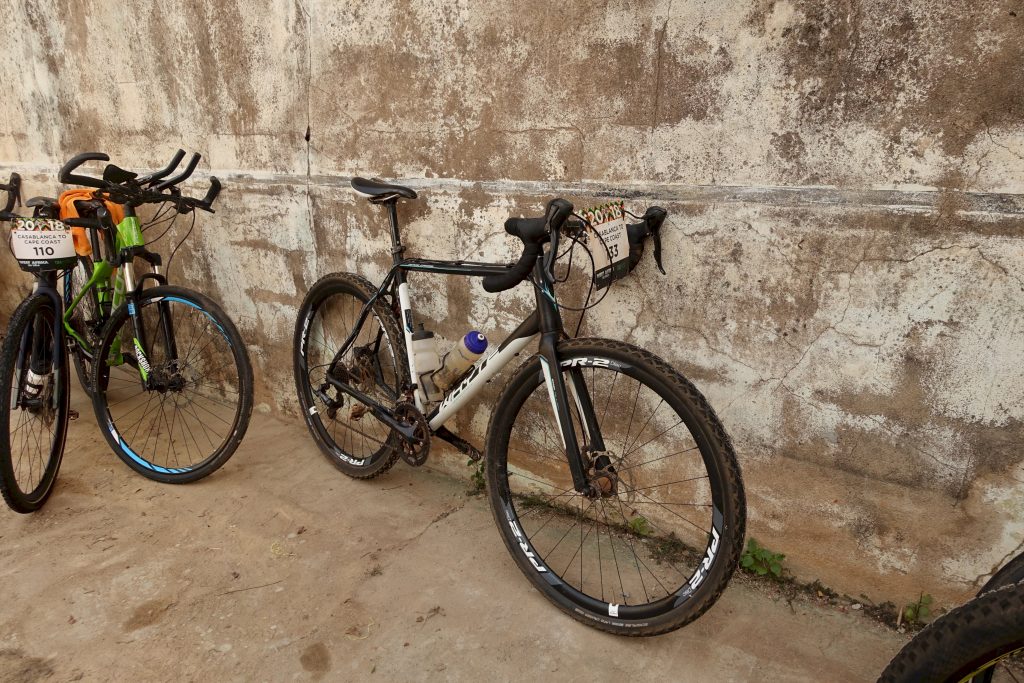 Yip – other than to say a huge thanks to everyone who has followed along on the blog, sent me messages, offered words of advice and encouragement, and generally been supportive of my latest mad-cap scheme – especially my wonderful, long-suffering husband! 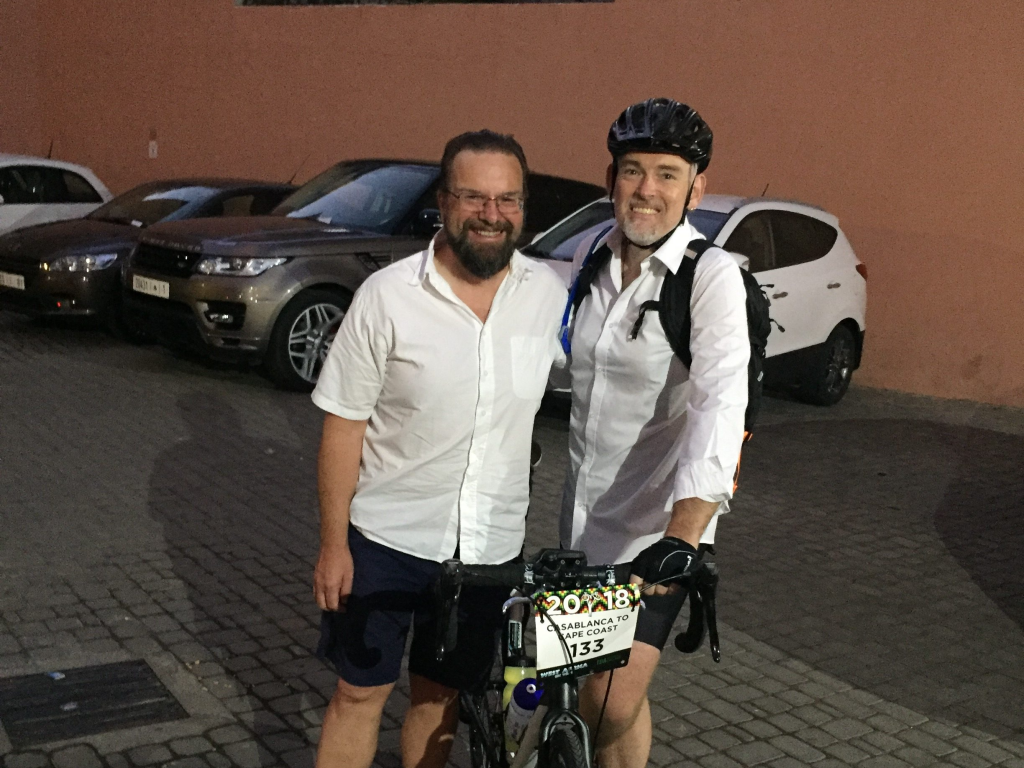 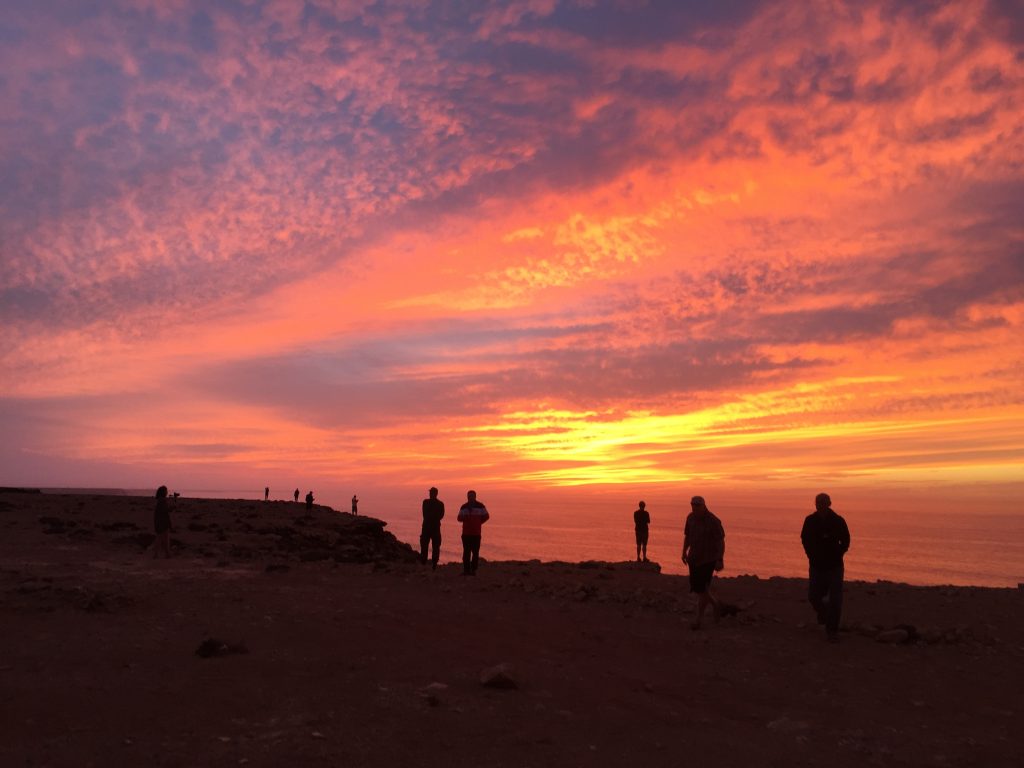