It wasn’t so cold over night, but everything was really damp in the morning – even stuff inside my tent – so getting clothes on felt somewhat uncomfortable. Taking down my tent and it was also really wet – I’d hoped that being under the trees would help to avoid that but it didn’t work out. 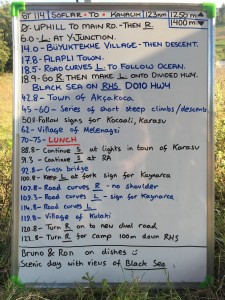 Just as we were about to leave Ruth discovered that she had a flat tyre so some time was lost taking care of that before we got out on the road – by then it was so warm that I didn’t need my long-sleeve top on so stopped as we got onto the road to take it off. 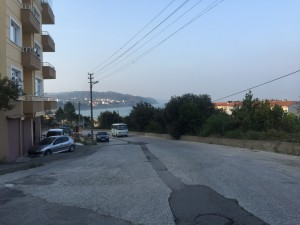 First glimpse of the sea on the descent

It’s been five months since I’ve seen the sea and I reckon that’s probably the longest period of time I’ve gone without seeing the sea since I left Hamilton at the age of 18 – since then I’ve pretty much always lived in a sea-side location or at least passed by every week or two. 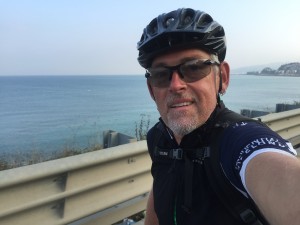 On the road along the coast

As we moved away from the coast things got much tougher with climb after climb – most of them were only 50 – 75 vertical metres at a time, but they were steep – anything up to 15% for each of them, and they kept on coming. 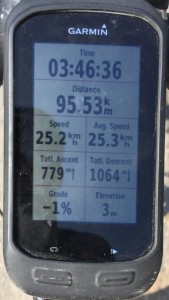 Once we got back to the coast things smoothed back out again and we spent most of the rest of the day with the altitude in single figures – at one point I was at 3m above sea level on a 1% gradient downwards!

Somehow I ended up passing everyone over the course of the morning – some people I saw along the way, some I missed entirely as they were in shops or cafes as I passed. A number also stopped for a swim, but it was too cold for my liking.

Roger was the next into lunch and arrived just as I was leaving so I ended up riding the afternoon on my own which I quite enjoyed.

The road was relatively quiet, and for much of the time so narrow that there wasn’t even a centre line on the road – and then I came over the brow of a hill and seemingly in the middle of no-where, and for no apparent reason was a brand new four lane dual carriage way. 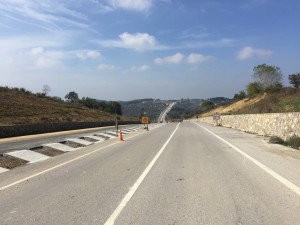 I stopped off at a store for a coke and one of the lemon cakes which I seem to have become addicted to (okay so maybe I had two of them 😉 before continuing on to camp. We’re in the grounds of a local tea house which has a nice area of trees to one side which most of us have pitched our tents under.

The usual afternoon activities of setting up camp, rinsing and drying clothing, having a wash, passing the time chatting, riders’ meeting, eating dinner etc have all subsequently occurred, plus the more recent addition of having a ‘glass’ or two of wine, and one or two (purely medicinal you understand) Rakis before bed have also happened.

So while I’m looking forward to going home and back to the real world I’m not entirely sure I want the trip to end (maybe both are possible?) and hence the uncertainty!

And on that note – two days to go! Tomorrow’s relatively short in distance covered horizontally but more than makes up for it with the amount of climbing to be done! 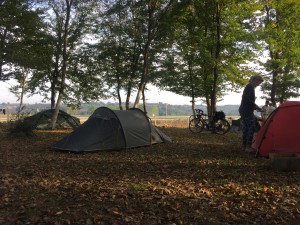 Tents beneath the trees 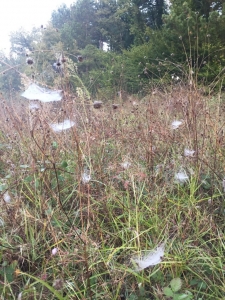 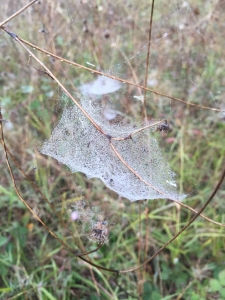 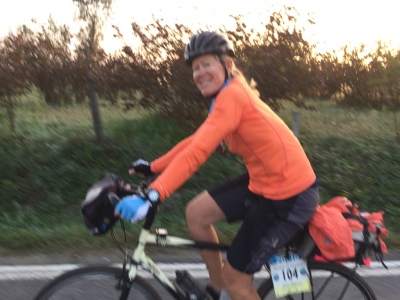 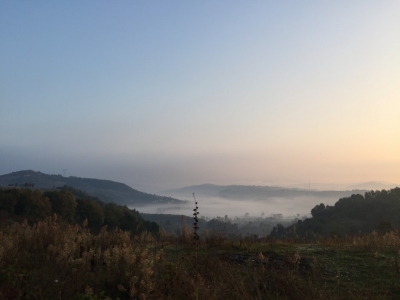 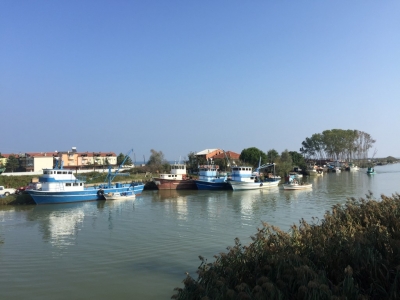 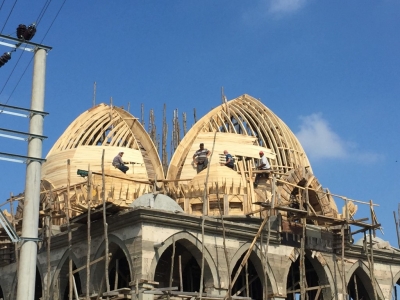 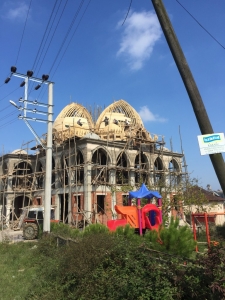 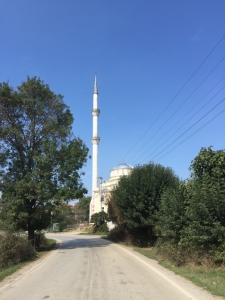 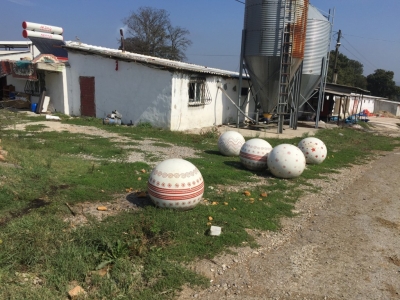