I’m at the point where hotel breakfast as simply a means-to-an-end, though this one actually had interesting bread which kind of helped make up for the boiled egg, tomato, cucumber nightmare.

I spent the next hour finishing up yesterday’s blog and catching up on the happenings of the world.

Will’s just handed me my passport back (it was needed last night to ‘register’ us) and with all of its visas and stamps it makes a great record of this trip – which got me thinking I’ve now got three passports which tell a great story. One from 2003 / 2004 with travels all through Africa, another from 2007 with South East Asian entries and now this one which is now half full despite only being a year old with Central Asian stamps.

Next up was bike cleaning – with the rain and mud of the last couple of ‘weeks’ my bike was looking pretty grubby and sounding less-than-smooth in its running so  a decent scrub and lubrication was in order.

From there Michael, Ruth and I set off in search of crew awards materials – I shan’t give too much away, but will say that we were much more successful in our mission than we anticipated! 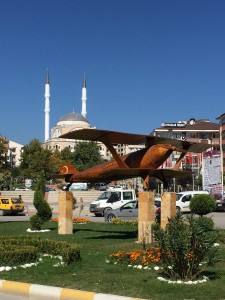 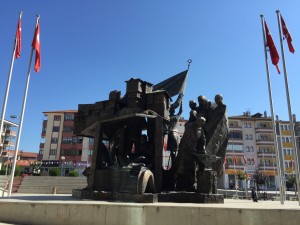 This included a ‘planning session’ at a pide restaurant where the pide are about 1m long! 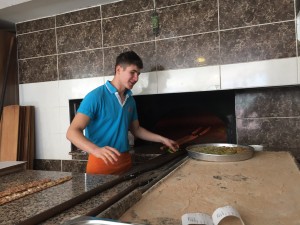 One metre long pide coming up 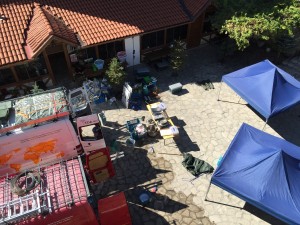 The last clean-out of the vans

During the late afternoon we enjoyed a pre-dinner beverage or two in the courtyard of the hotel which has been very enjoyable in the afternoon sun. 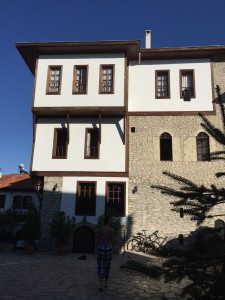 Out hotel from the shady side of the courtyard

Dinner soon, then it’ll be sorting and packing for the morning – at least as we keep moving west and the days are getting shorter it means that breakfast comes at a more reasonable hour 🙂

The beginning of the end

The last weekly board is up – I’m not entirely sure how I feel about it. While I’m obviously looking forward to getting home and back to ‘real life’ it does mean that the adventure is coming to an end – I think is going to be something of a shock!

2 thoughts on “A day in Sunny Safranbolu (rest day)”