A cold but clear morning today and despite the fact that we could have slept in later (breakfast wasn’t till 0630) there was a chap outside the window letting us know it was tine for morning prayers at 0530 so we were up and about somewhat earlier than required.

Today’s got a big climb in it after lunch so it’s probably better to get there sooner rather than later in case it ended up too hot. 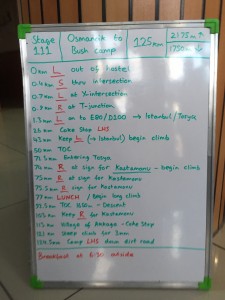 Ruth, Michael, Ron and I left at the same tine this morning and were soon out on the highway where it was a lovely morning for a bike ride (just as well given that was what was on the agenda) 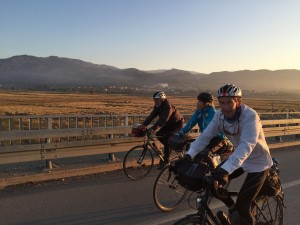 Ron, Ruth and Michael on a lovely autumn morning.

Michael and I rode together for a while during which time he told me that Ruth had been asked to come up with ‘crew awards’ for the last night’s presentation and wondered if I had any ideas to contribute. He and Ruth already had a bunch of ideas but we added a few more to the mix.

As we got into the climbing I pulled away from Michael – over undulating terrain we ride at about the same speed but once the hills get steeper then I’m quicker – so at the top of the first wee climb I waited for him, then bid him farewell for the remainder of the ride.

By the lunch stop only Grant and Paul were ahead of me having gradually passed everyone else along the way – when I went past Jackie and Erwin they were part way up the first (major) climb of the day and Erwin was walking/jogging behind pushing his bike. Initially I thought there was something wrong but he was just ‘stretching different muscles’!

The major climb for the day was immediately after lunch and I didn’t need to worry about being too hot, it was only 8 degrees and there was a reasonable wind blowing which meant the climb was fine, but even having stopped to put on two extra layers the descent was pretty chilly!

I stopped in at the 113km coke stop for a çay and some cake (I’m amused that my junk-food consumption has gone through three distinct phases on this trip – initially it was snickers bars but then it got too hot for chocolate so I switched to ice-cream. Now that it’s cooled down again ice-cream’s less appealing and I’m a bit over snickers so for the later parts of Iran and into Turkey it’s been cake).

Today’s bush camp actually has bush, and grass, and is in a really nice spot – I’ve found myself a site which will hopefully be far enough away from others to not be disturbed.

Michael and I spent some time making notes for the staff awards to make sure we’d captured the ideas we’d been discussing as we were riding this morning. Since then I’ve been sitting in the sun enjoying the afternoon, doing some writing, chatting with Adam a little and watching the world go by.

It wasn’t long after dinner that the sun set at which point it got too cold to be sitting round outside without a fire so by 1830 we’d all dispersed to our tents to keep warm.

Thanks to the wonders of modern technology despite the fact that we’re at a bush camp in the more-or-less in the middle of nowhere I’ve actually got really good internet connectivity so have been catching up on blog posts. 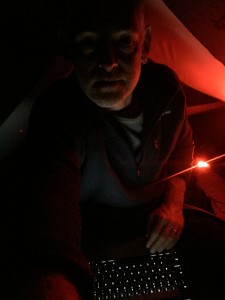 Blog writing in my tent

Now that I’m up to date it’s time for some sleep – hopefully the nearest town’s dar enough away I can sleep through the call to prayer – wish me luck! 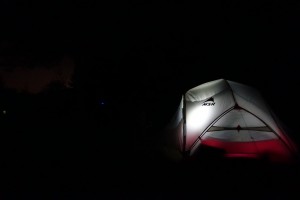 Of, rather than from 🙂 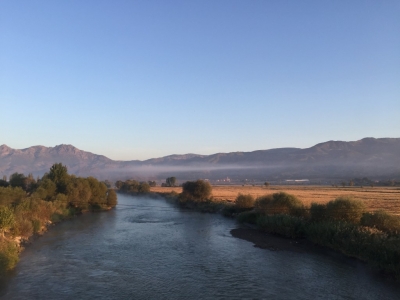 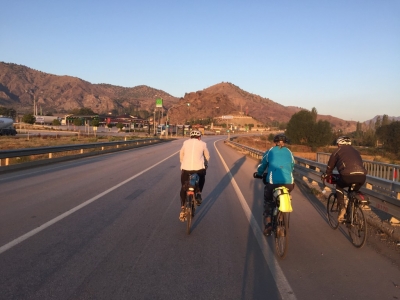 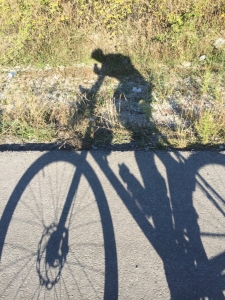 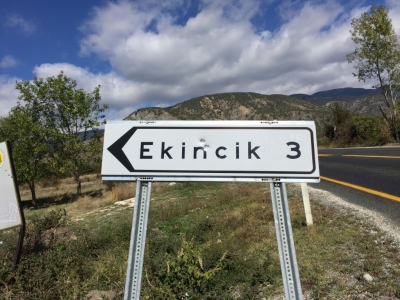