It wasn’t as quiet as I’d expected last night – there was some sort of highly-amplified happy-clappy church service going on somewhere through the bushes which last from 2200 to 0200 which rather detracted from the seemingly quiet rural location. 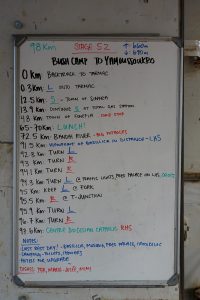 I was still feeling rough this morning, but decided that I wanted to bike at least some of the day so took the lunch truck – in theory that was going to give me a ride fo just over 30km, but the lunch spot ended up being 4km closer to the end so all-in I only rode 28km.

It was another of those super-misty cloudy sorts of days which meant that it was almost raining, but not quite, and surprisingly cool at 22 degrees.

I had planned to take photos of other riders as we passed, but the combination of the grey overcast morning and the fact that the road was pretty good and we were therefore travelling reasonably fast meant that didn’t go quite as well as I’d hoped. 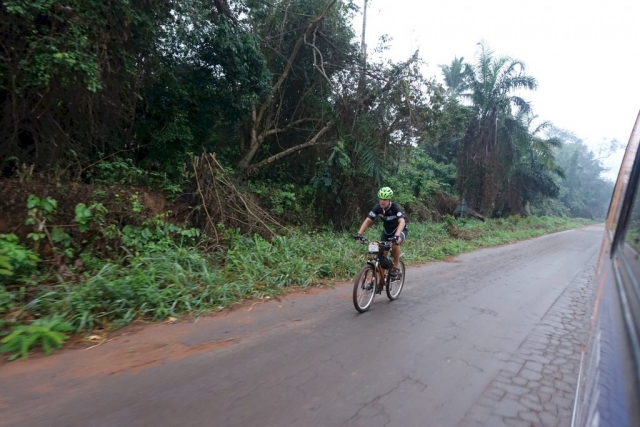 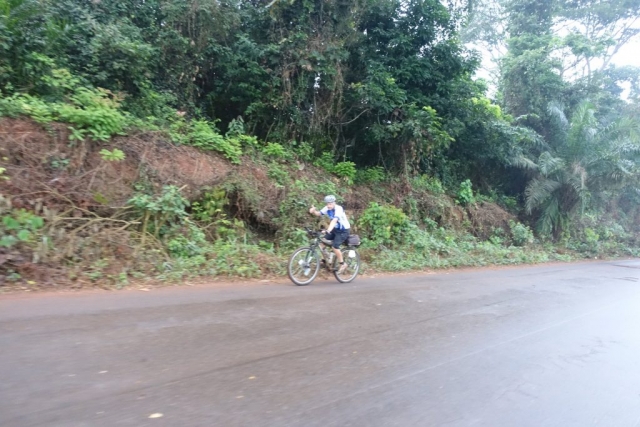 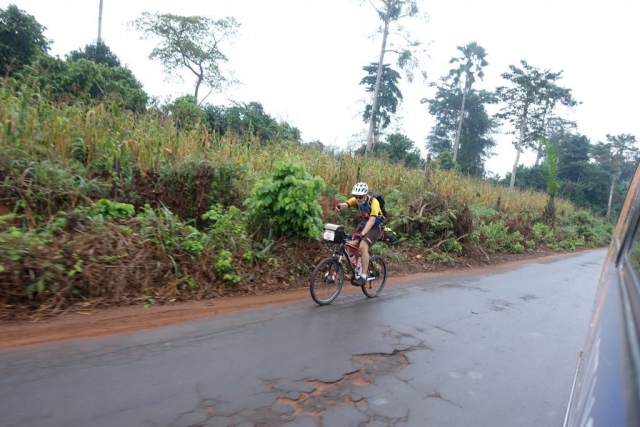 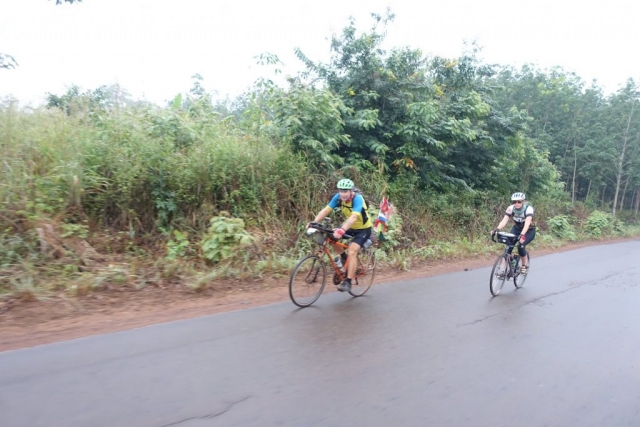 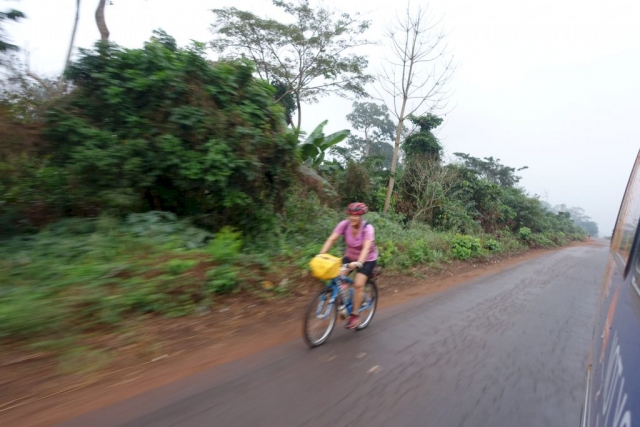 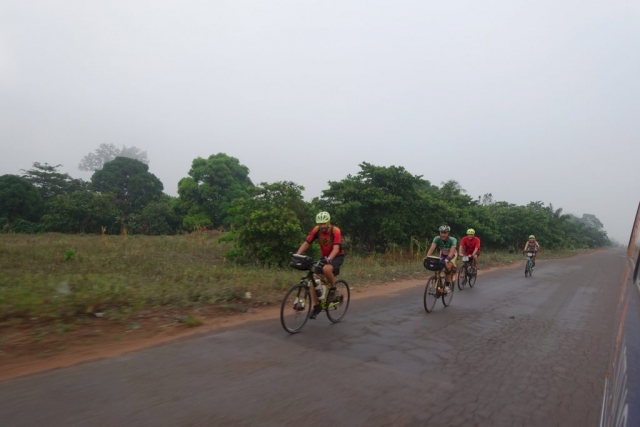 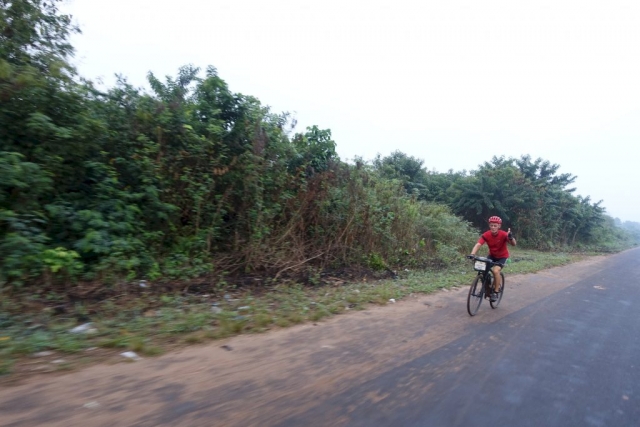 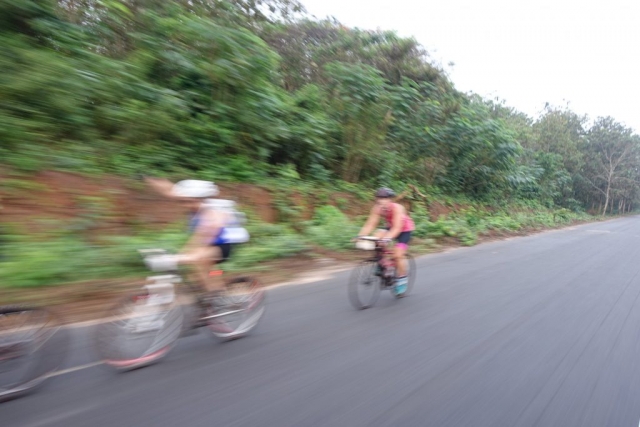 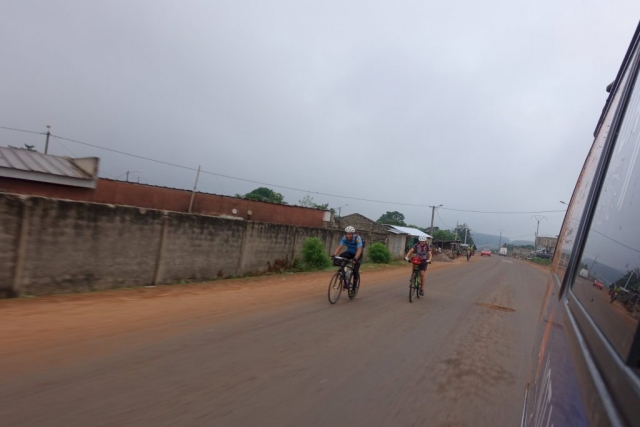 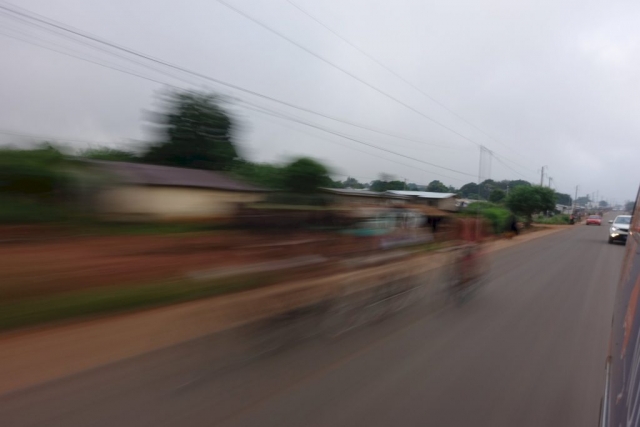 I helped get lunch set up as far as I could without getting near anyone’s food – didn’t seem like a very sensible idea given the state of my stomach – while waiting for the dinner truck to come in. I wasn’t going to be riding very fast, but I also didn’t want to get to camp before the truck!

Once they were gone I set off as well – the riding didn’t go too badly, but I certainly didn’t have a lot of energy and I wasn’t making great time, ending up with an even slower average than yesterday!

The best description I can come up with for Yamoussoukro is imagine Canberra, but with no maintenance having ever been done – it’s had huge wide sprawling streets and lakes and palaces and the basilica built, mostly in the 70s and has little done to it since by the looks! 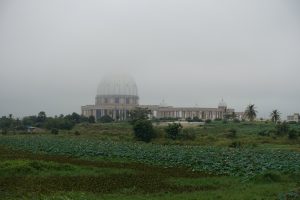 On the way in we passed the Basilica of Our Lady of Peace – allegedly the largest church in the world, but it was rather hard to see in the misty morning.

And it’s not exactly in the city either, rather off on one side which seems somewhat odd to me – I guess it was the only way to get enough land to build something so big. I also believe that in President Félix Houphouët-Boigny master plan Yamoussoukro was probably supposed to grow somewhat more than it did (the back story is that this was the village he grew up in, so when he became president he decided to rebuild it as the nation’s capital, but by then Abidjan was so well established that not a lot moved). 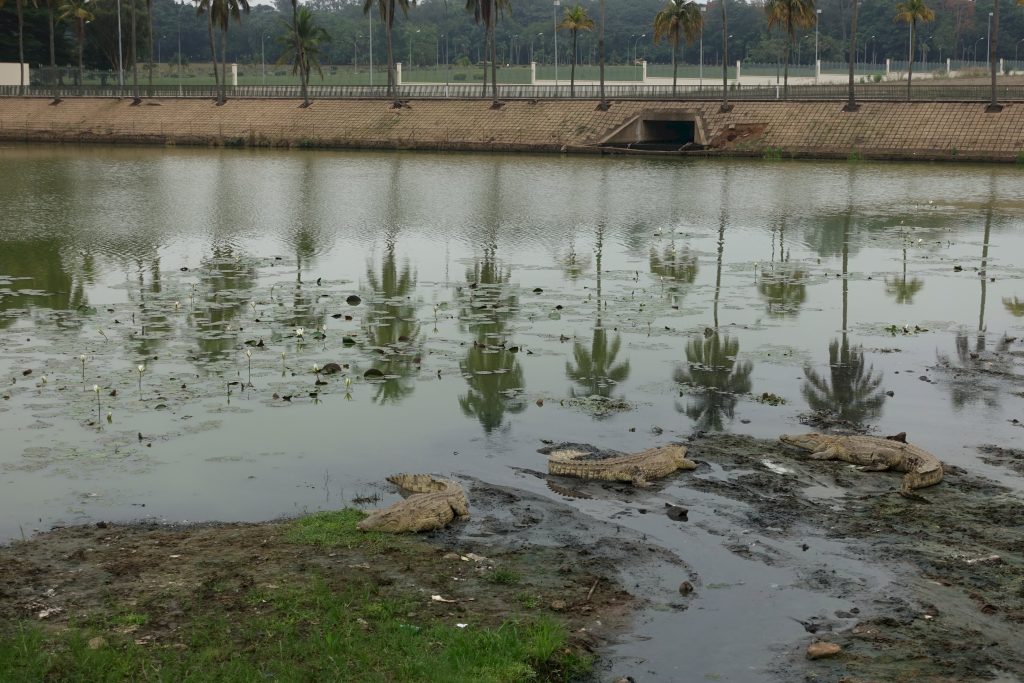 A few more turns through dusty, pot-holed, neglected streets and I was at the Centre Diocesian Catholic to be welcomed by traditional over-amplified African pop music bellowing from the hall…. arrrrggghhhhhhhh….!!!!

On the good news front that was the ‘sound check’ (it works) for a wedding which is going to be held here this afternoon, but it’ll all be over by 1900 (allegedly).

I found a spot under a tree which will hopefully give me pretty-much all day sun which will be nice with tomorrow being a rest day. Got my tent up and myself showered, and for the first time in 10 days even managed to have a shave!

Next chore was laundry – there’s a line of trees beside where we’re camped so I pulled the boundary rope out of the back of the truck and strung that through six of them to create a large washing line before settling in under the tree by the tap with my buckets, Omo and dirty laundry.

I spent much of the rest of the afternoon working on blog posts getting more-or-less caught up.

From there I took myself off for a wander in the town, but I didn’t really know what I wanted, so not unsurprisingly I didn’t find it. In the end I settled on a Sprite and a baguette being the plainest food I could find.

Back to camp and against expectation the wedding had wound up and it was for the time being relatively quiet – seems a good time to go to bed! 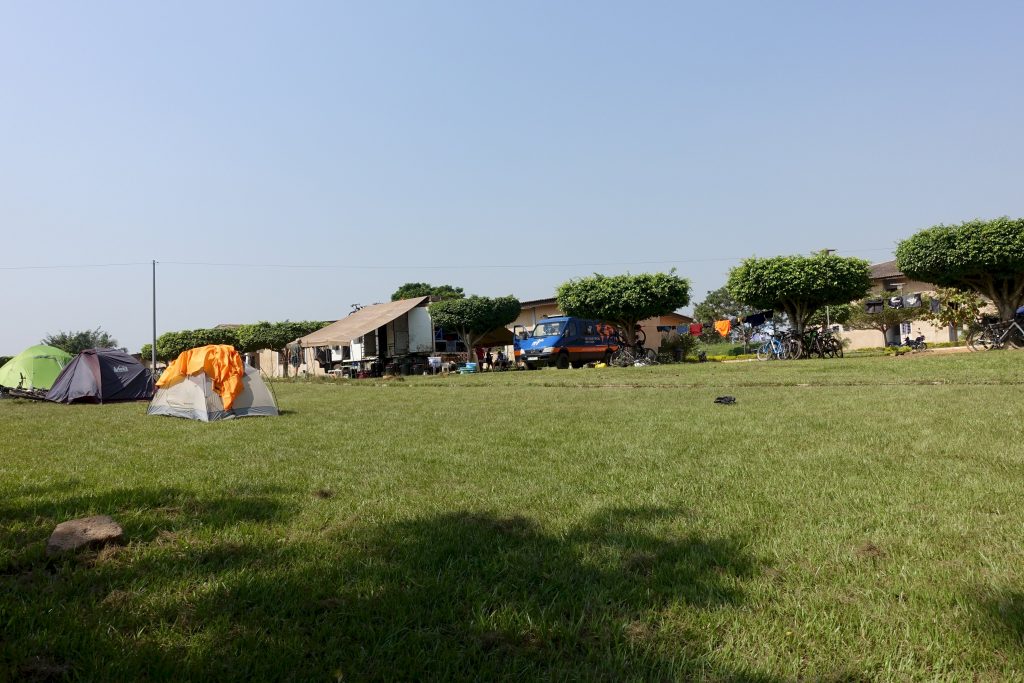 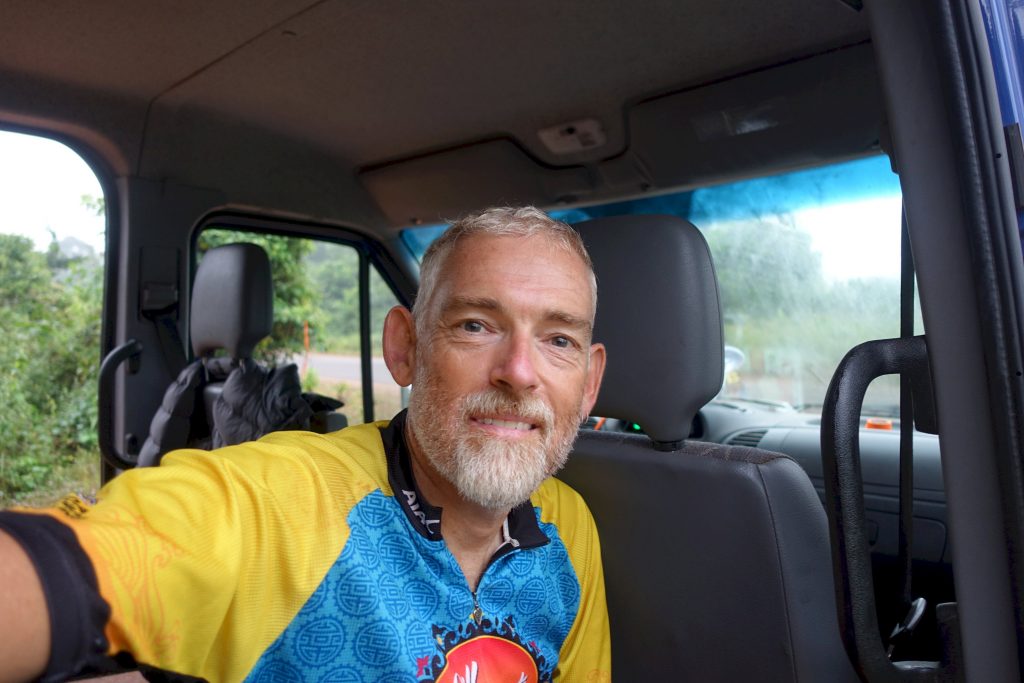 Boarding the van to lunch 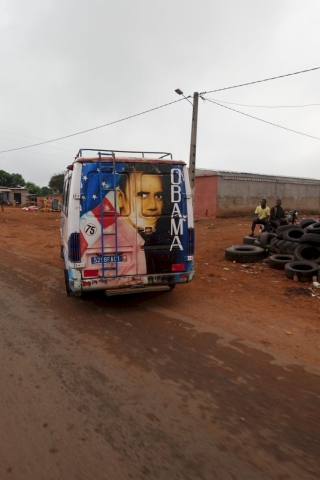 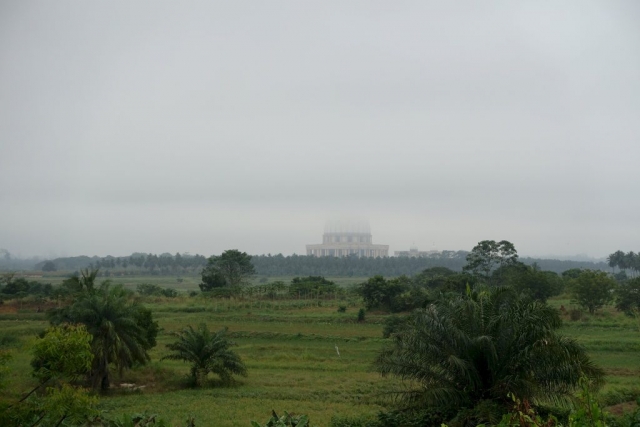 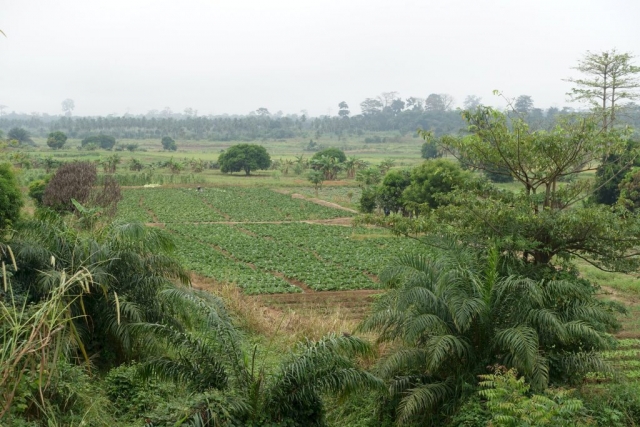