Despite our drinking session yesterday I wasn’t feeling too bad this morning – at least not from that. We’ve been behaving like adults for the last few days and staying up to a reasonable hour which meant it was gone 2330 before I went to sleep, so only six hours before my alarm!

Andreas was out and about yesterday afternoon checking the route for the day and managed to find a nicer way out of town so the route notes changed late in the day. 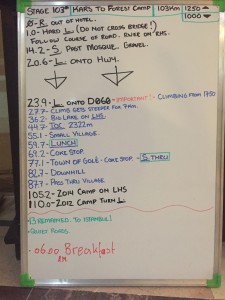 The route out the valley was quite and pleasant, though rather chilly – a sign of mornings to come. Once we got out of the valley, into the sun, and began climbing the day warmed up.

Jordan’s decided that he’s going to use the small gas burner which the crew bought a couple of weeks back to cook something for lunch each day as a way to help his time pass now that he doesn’t have a bike to ride – today he was frying onions and a chorizo-like sausage which given that it was still pretty cool made a nice addition to lunch.

From lunch we continued to climb before crossing out of the valley we were in – it was an amazing change. On one side of the ridge it was like being in South Canterbury with rolling pastural and cropping. 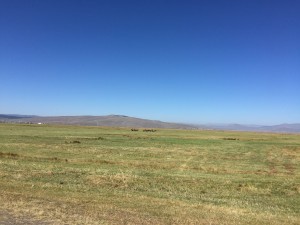 Rolling farmland, complete with a line of horse and cart (look closely 😉

Down the other side and it was like being on the road between Rotorua and Taupo, with a steep descent through a rocky valley with pine forests all around 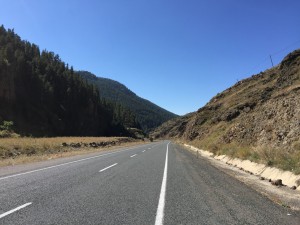 Down through the pine forests

Camp had been moved to the further distance which had the distinct advantage of a coke stop just before camp. It was market day in town and it was heaving along the main street. I stopped in at one store where I had an amusing conversation of my limited Turkish, the shop keepers limited English and a lot of hand waving as I tried to convey what on Earth I was doing in their small rural town dressed like someone from out of space.

Down the hill and then back up again into camp – it’s a very nice spot of relatively recently mown grass, though there’s limited shade so for now we’ve gathered under a couple of plum trees to spend the afternoon before putting up tents once the sun sets. 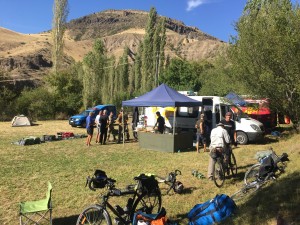 I took a wander up the hill as it was reported that there was a mosque there – indeed there is, however there’s also an excavator, a truck load of large concrete drainage pipes and a big muddy hole in the ground so I couldn’t really get very close. 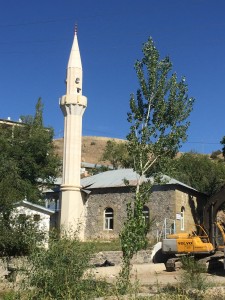 Just before dinner I got my tent up and sorted for the evening as it was beginning to get cold which meant that pretty much as soon as dinner was finished we all drifted off to our tents to stay warm. 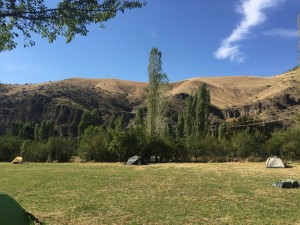 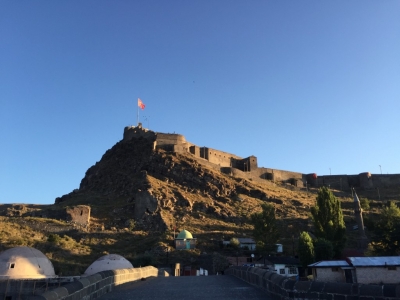 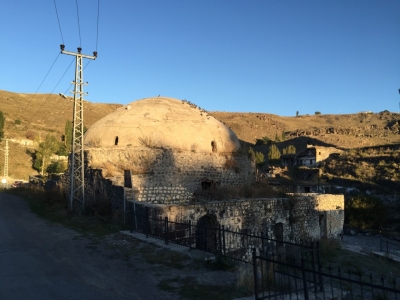 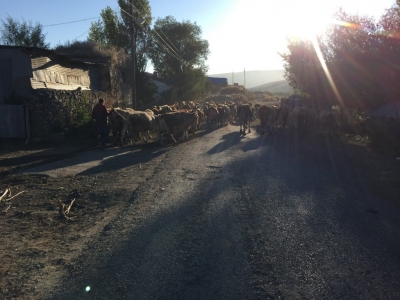 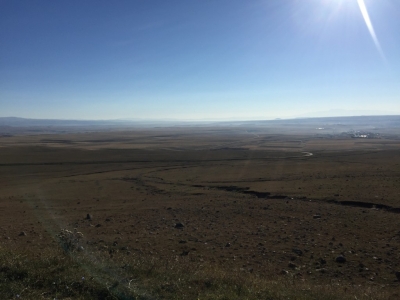 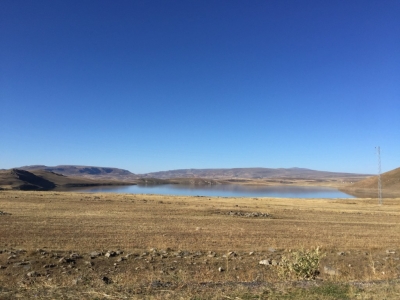 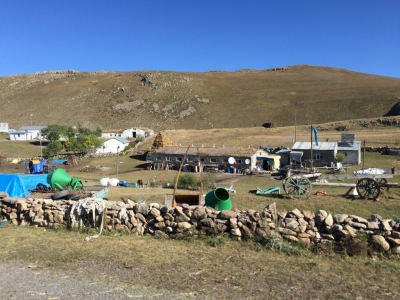 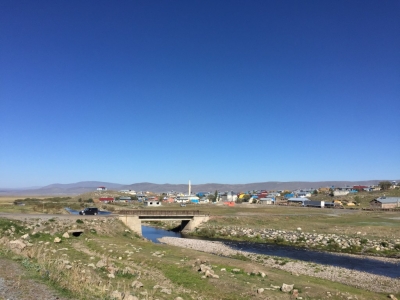 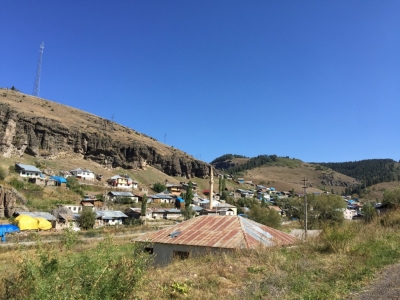