We’ve spent the last four days criss-crossing back and forth over the range of hills which separates the inland valleys from the Caspian Sea and today was no exception, though by the end of the day we’ve come far enough north and west that we’re now in the same valley as Tehran.

The hotel we were in last night was great – one of the better ones we’ve had in a while and certainly the most comfortable bed I’ve slept in since I left home. To top it off the breakfast this morning was also really good – more-or-less the same things, just all done a little bit better.

We started out heading down through the town before crossing the highway gain and beginning the climbing for the day. 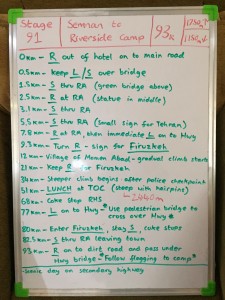 And climb we did! Although the notes say we started from the village at 12km, it was really uphill from the moment we left the highway at 9.8km all the way through to lunch at 51km, with only two very short descents in the entire 42km.

We passed a number of gypsum mines and processing facilities in the early part of the climb which contributed significantly to how busy the road was, and at times it was down-right dangerous – there were three times I had to rapidly ride off the road into the gravel to avoid on-coming overtaking vehicles which were going to either hit me or come too close to risk staying on the road.

I passed Ivan just after the police checkpoint and continued on up the switchbacks to the top – the last coupe of kilometres were pretty steep so I was glad to hear once I got to lunch that (once again) the anticipated climbing for the day wasn’t going to be accurate, though this time in ‘our’ favour in that there was less climbing than we’d been told to expect.

Ivan passed through lunch while I was there, but I caught him soon enough on the descent – off-road he’s faster than me downhill on his mountain bike but on good pavement I’m quite a bit quicker with a top speed today of over 78 km/h so I soon went flying past him.

The descent was safer than the climb because I was going at least as fast as the traffic which meant that I spent almost all of my time behind a vehicle which stops the oncoming traffic from being able to overtake.

At the bottom we had to cross over the main highway using the footbridge which meant carrying our bikes up 32 steps on one side, riding across, then carrying back down again (yes Ants I could have ridden down, but I didn’t want to go to hospital – they were super steep!).

Into town and I stopped for an ice-cream, cold drink and some lollies to take to camp – Iran understands the idea of gummy lollies (sweets/candy for you non-kiwis) which is great because they can survive the heat much better than chocolate can.

A short climb out of the town, then it was downhill and into our riverside camp. It’s one of the best camps we’ve had, mostly because it’s actually (more-or-less) a camping ground, complete with a refreshing river running past. The river’s not large enough for swimming, but it’s certainly large enough for sitting in, cooling off in, washing one’s clothing in, and generally making things much more enjoyable than many of the places we’ve camped.

There are lots of platforms and shelters along the edge of the river (see photos below) which are generally used for picnicking, but we’ve decided that they’ll also be perfect for sleeping and while some people have put up their tents on them I don’t see the point (there aren’t any biting bugs about) so have put out my sleeping mat and will crawl into my sleeping bag ‘outside’.

As has become custom before dinner this evening the riders who depart at the end of this stage (from Tehran) have provided us with some tasty snacks and beverages – sadly not beer this time as that’s not an option here – but it was very enjoyable all the same. 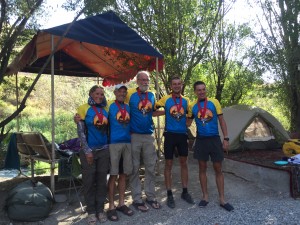 Riders who depart in Tehran, from left Nancy, Wim, Robert, Charlie and Will

All will be missed – Nancy and Wim because they’re such fantastic riders and ride at my pace which has been great fun. Charlie and Will have been with us since the beginning and have provided a great deal of ‘youthful enthusiasm’ all the way along – it’s a shame they have to get back to the UK for university and couldn’t have come all the way through to Istanbul.

Mark’s also had this afternoon off so Will and Andreas have cooked us chilli and garlic bread for dinner which was a fine effort!

After dinner chatted for a while until it got dark (which is a real treat now that the days are getting shorter) before heading off to bed. About the only drawback to this location is that we’re still pretty close to the highway and I can hear the trucks roaring past and across the bridge – I don’t think they’ll keep me awake however after the last few days with lots of climbing I’m ready for sleep! 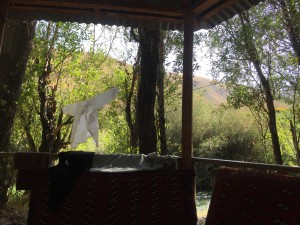 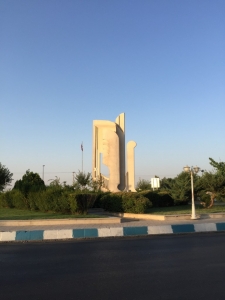 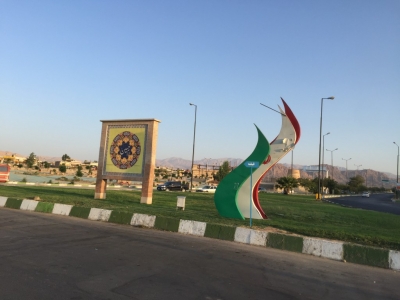 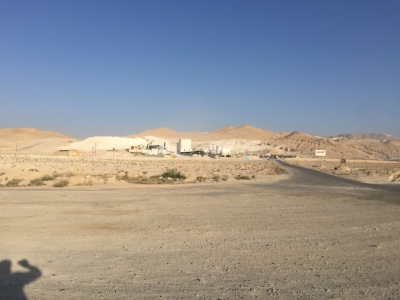 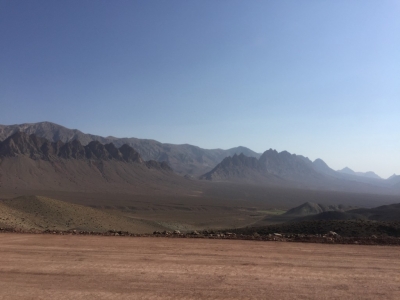 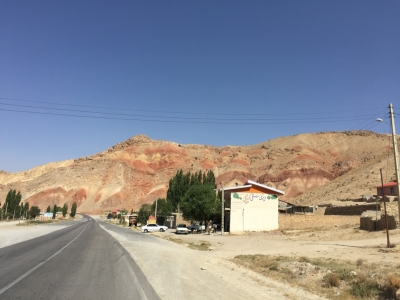 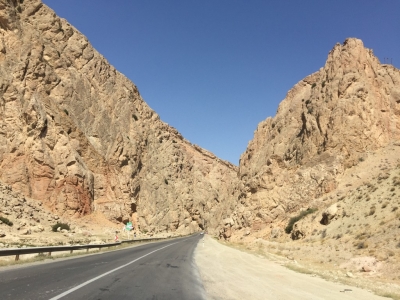 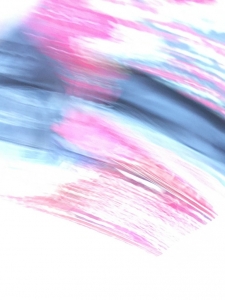 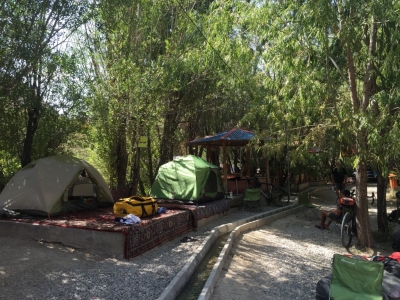 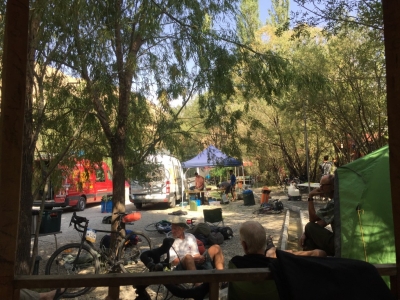 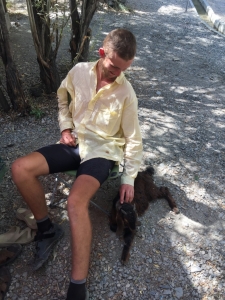 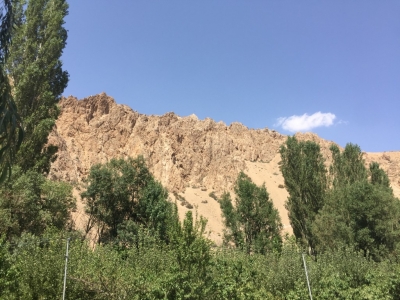 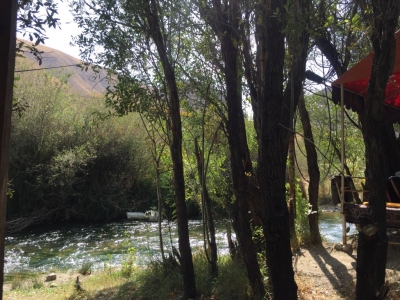 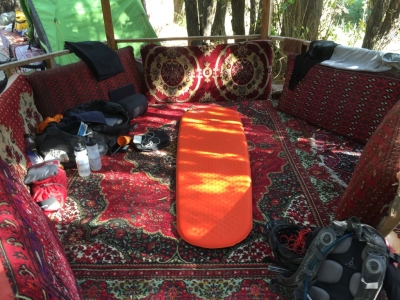 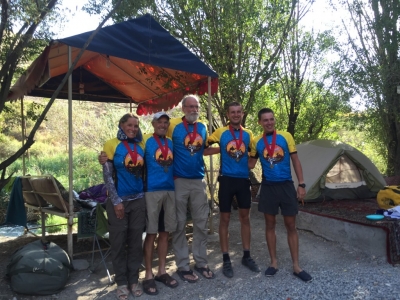