All of which sounds really interesting but so far all we’ve seen are brown hills that look like Central Otago though we’ve been promised we will get trees tomorrow.

The hotel couldn’t provide breakfast before 0700 so in the end we had a TDA breakfast in the parking lot at 0600 so that we could get on the road at a reasonable hour and get as much of today’s climbing done before the wind and the heat arrived later in the day. 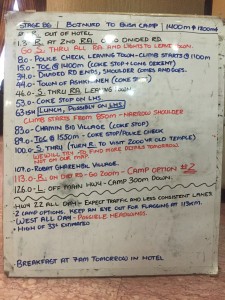 It’s not as hot here as it was in Turkmenistan but it’s still getting into the 30s each day which means that lots of water still needs to be consumed but I’m finding luke-warm treated water pretty unappealing so in Ashgabat Michael and I went looking for cordial – we didn’t find any, but I did find a large bottle of lemon juice which I’ve been adding a decent squirt of to each water bottle – it makes it decidedly more palatable! Michael also managed to find some cordial in a store last night, so it looks like that concept exists in Iran so I’ll go looking on our next rest day by which time my lemon juice bottle will be empty.

Given it was only 0615 the town was surprisingly busy as we headed out. The park was also packed with campers – apparently there’s nothing special going on at present, it’s simply the way which Iranian people holiday – they load up their small white car with the family, a tent and ‘parcel’ of things on the roof, and head off round and about camping in the municipal park in each place they visit (for free) – the park in Bojnord even has washing facilities (for both people and dishes) at regular intervals under the trees. 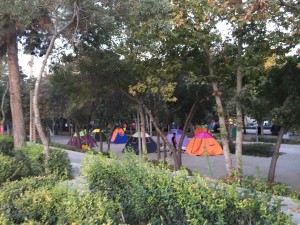 Local campers in the municipal park

Once out of town the first climb of the day began, the descent from which was great fun with reasonably good surface and a fairly steep gradient – one truck I passed took over 10km to catch me again fro the bottom.

Drivers are generally pretty courteous, though they do tend to drive somewhat faster than the speed limit and have the Asian tendency to assume that overtaking is everyone’s responsibility which at times leads to four vehicles across a two lane road which when the shoulder isn’t very wide gets a bit risky.

For lunch we got a local bread which is cooked on gravel in a large oven – it ends up being much like a pizza base, but is super tasty and crispy in places and soft in others – a very nice change, let’s hope we get lots more of that over coming Iranian lunches.

The second climb wasn’t as steep, but was considerably longer, 26km of climbing in total at the sort of gradient that let’s you know it’s a hill, doesn’t really make you work, but gets pretty tiring after a while.

From there it was all downhill to camp which turned out to be at the 113km point which is apparently a much nicer location than ‘Plan A’ at 126km, which suited me fine since there isn’t a lot to be gained by going further today since tomorrow would get correspondingly shorter which would only mean we’d be at the rest day hotel long before they would let us check in.

The one drawback of the official GCC white shirt is that it gets pretty grubby in this sweaty, dusty environment so as there’s a tap at the edge of the campsite I’ve given it a wash and hung it in the ‘breeze’ to dry which given that the breeze is now gusting 20 knots (I’d estimate) won’t take very long at all!

With my tent strategically positioned in the shade it was cool enough to have a wee nap which nicely filled in the hotter part of the afternoon. Since then I’ve been watching the world go by and trying to drink enough so that I’m well hydrated for tomorrow.

Tomorrow’s route has gotten a little longer, but it’s still pretty much all downhill – right now we’re at 1250m, the town is at 40m – all of which makes it clear why the stage out of the rest day is so short since clearly we’ll need to make that altitude back up again.

BBQ chicken for dinner tonight with a really nice tomato and mint marinade on it followed by a walk across the highway to the services for an ice-cream. Okay, I confess, two ice-creams 😉

It seems like my SIM card is working, however there’s only 2G coverage here and nothing actually seems to make it through, hopefully when we’re in town tomorrow things will be better as it sounds like the hotel we’re staying in is pretty basic and not expected to have WiFi – let’s hope they do offer laundry services

The main building we’re camped around turned out to be a museum set up by the Shah in 1961 which contains a map of the park and taxidermied examples of all the animals which can be found in the park, including leopards!

And on that note, it’s time for bed 🙂 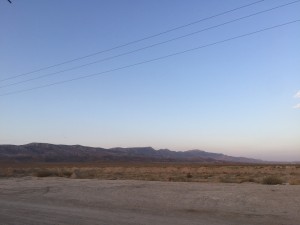 Mountains of the Golestan National Park across the plain from camp 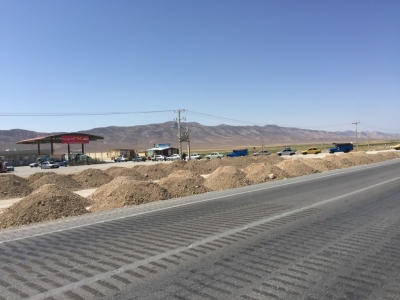 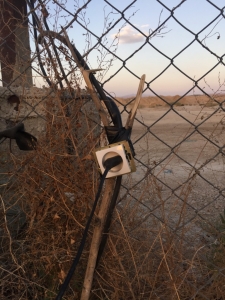